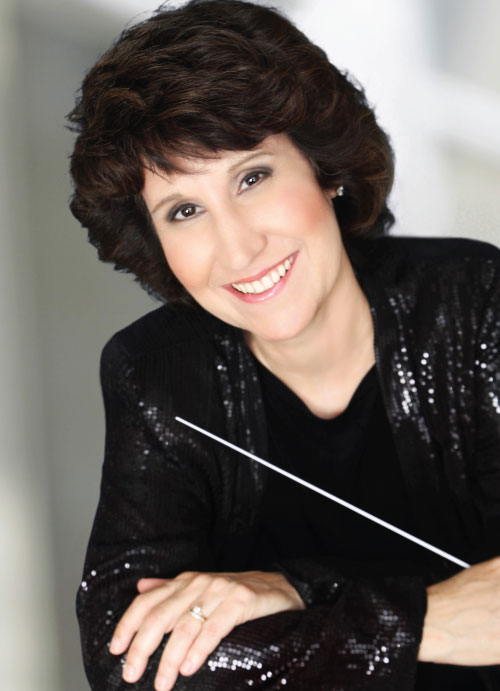 Diane Wittry, named nationally as one of the "Top 30 Influencers" in music by Musical America Worldwide for her work leading orchestras, is one of the foremost conductors in the United States today.   Frequently engaged as a guest conductor, she has led symphonic performances in more than 10 countries and throughout the U.S.  She has worked with conductors Michael Tilson Thomas, Pierre Boulez, Jorge Mester, and Daniel Lewis, among others, and has been profiled in the New York Times.

During her tenure with the ASO, Diane has built a well-earned reputation for her innovative style of multi-media programming that uses other art forms to enhance the concert experience.  She has expanded the concert series and developed outreach programs such as the Allentown Symphony Chorus, the

Diane Wittry has also championed the commissioning of new works and the ASO will perform three world premieres during 2018-2019 season.  A composer herself, Diane's compositions have been performed and recorded by orchestras in the United States and Europe and are published by the Theodore Presser Company.  Her piece "Mist," premiered by the Allentown Symphony and recorded by the Slovak State Orchestra, is available for download on Spotify and amazon.

Wittry is an award-winning author, composer, and teacher. Her two books, Beyond the Baton, and Baton Basics-Communicating Music through Gestures, have become standards in the field.  Conductors from all over the world have studied conducting with her, and she regularly gives presentations at the Juilliard School of Music, the Curtis Institute, the Manhattan School of Music, and for the League of American Orchestras and the Conductors Guild National Conferences.

Wittry has received the national Helen M. Thompson Award from the League of American Orchestras, the USC Thornton School of Music Outstanding Alumnus Award, the Gold Crown Award (Pasadena, CA), the Women of Excellence Award (Beaumont, TX),  and the Arts Ovation Award and the Woman of Distinction Award (Allentown, PA).

More information about Diane Wittry's work is available at her website: www.DianeWittry.com