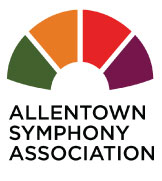 It is the Mission of the Allentown Symphony Association to support a first class symphony orchestra, to maintain an historic performance hall, and to offer to the community quality programs of artistic and educational value.

In fulfilling its Mission, the Allentown Symphony Association embraces the diverse cultures it serves and is committed to an inclusive and equitable environment where every individual is respected and valued.

Music Director Diane Wittry, a California native, is known for her innovative programming style, using video, dancers, subtitles, and other visuals that give her concerts a sense of occasion. She has been a stellar advocate for music education outreach for all ages and skill levels.  Lehigh Valley native Ron Demkee serves as the Symphony’s Associate/Pops Conductor, and Pops Conductor. The two previous ASO Music DIrectors were Donald Voorhees, the distinguished conductor of the studio orchestra for NBC’s Emmy-award-winning The Bell Telephone Hour, and William Smith, Assistant Conductor to the Philadelphia Orchestra under Eugene Ormandy.

The ASO has received music commissioning grants from the National Endowment of the Arts, and from the League of American Orchestras in support of its El Sistema-inspired program for at-risk youth.  The Symphony Association also annually hosts the National Schadt String Competition which attracts top young performers from all over the world.

As it has for the last 67 years, the Allentown Symphony will continue its pursuit of excellence with passion, keeping alive the legacy of masterworks while bringing the works of modern masters to the concert stage for you and all of the community.

The Allentown Symphony Chorus was founded in 2011 as a professional, auditioned  chorus to perform with the Allentown Symphony Orchestra once or twice a year. In previous years the Chorus has performed Beethoven’s 9th Symphony, Carmina Burana, Mahler’s 2nd Symphony and the Verdi Requiem, among others. Chorus members are drawn from throughout the Lehigh Valley.  The Chorus is comprised of approximately 50 voices and features paid Section Leaders and Assistant Section leaders, and a Scholarship Quartet drawn from area colleges and universities.

MILLER SYMPHONY HALL
One of Pennsylvania's Most Beautiful Concert Halls

Serving as a cultural destination for the Lehigh Valley and beyond, Miller Symphony Hall is one of Pennsylvania’s most historic performing arts venues.  It serves as home of the Allentown Symphony Orchestra and as a performance space for a range of diverse artistic organizations, creating a vibrant cultural community for the entire region.

The Hall began its life in the 1800’s as a large, three-story central marketplace. The building was converted to a theatre in 1899 by renowned architect J.B. McElfatrick and renamed the Lyric. Today it is one of only a dozen of McElfatrick’s prized ‘Beaux-Arts’ theatres that has survived.

Once the home of vaudeville, burlesque and Broadway-bound theatricals, this beautiful theatre has showcased the comedy of Bob Hope, George Burns and Gracie Allen; the magical voices of Johnny Mathis, Tony Bennett and Placido Domingo; the stirring marches of the Allentown Band, and the remarkable sound of the award-winning Allentown Symphony Orchestra.

In 1959, with the help of Call-Chronicle newspaper owners Sam and Donald Miller, the Lyric was purchased by the Allentown Symphony Association (established in 1951) as a permanent home for its symphony orchestra and re-christened Symphony Hall. Since 1990, $12 million has been raised by the Allentown Symphony Association from public and private sources to improve the Hall and turn it into the leading performance venue it is today.

Re-named Miller Symphony Hall in 2012 in honor of the family who saved it and who continue to support it today, the Hall has helped catalyze the redevelopment of Allentown’s urban core. In the Fall of 2018, the Lyric Room -- a cabaret-style space for intimate programming and events, for donors to gather during orchestra concerts and for the public to rent -- was unveiled. Renovations to this historic theatre continue to this day with more plans for future projects.

We invite you to create some memories of your own at Miller Symphony Hall.