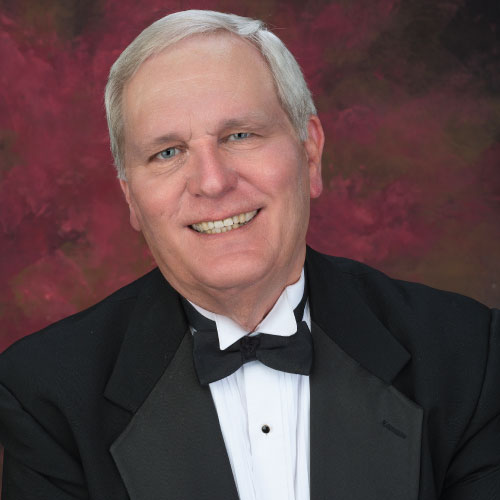 Demkee joined the Allentown Band in 1964 as featured tuba soloist and was elected conductor in 1977. Under his direction the band has recorded twenty-nine volumes of the highly acclaimed "Our Band Heritage" series, which have reached listeners in all fifty states and twenty-four countries. In 2014 NAXOS has begun distributing these recordings in the United States and Canada in both physical CD and digital format by way of iTunes, Amazon, Spotify, and many more outlets. The Allentown Band, America's oldest civilian concert band since 1828 averages forty-five performances annually. Under Demkee's leadership, the band has taken four trips to Europe for concerts in Switzerland, Austria and France. The band was the featured Showcase band for the New York International Band and Orchestra Festival at Carnegie Hall in 2007 and 2016, and performed in the same capacity for the Washington International Music Festival at the Kennedy Center in April 2010.

In addition to conducting numerous high school honor bands and orchestras in Pennsylvania and New Jersey, he has served as guest conductor for the Army Band, the Army Field Band, the Military Academy Band at West Point, the Navy Band, the Coast Guard Band, the Marine Band of Washington, the Air Force Heritage of America band from Langley, Virginia and the Air Force Band, Washington, DC. He has served as Assistant Conductor for Leonard B. Smith’s famous Detroit Concert Band where he conducted the band for Smith’s cornet solos in live performances at Detroit’s Ford Theater and Michigan State Fairgrounds as well as the highly praised “Gems of the Concert Band” recordings. In 2017, Demkee served as Conductor of the Concert Band for the Northeast Instrumental Music Festival in Lake Placid, New York.

Ronald Demkee is the recipient of many prestigious awards including: The National Band Association's "Citation of Excellence," The John Philip Sousa Foundation's "Sudler Legion of Honor," the City of Allentown’s “Arts Ovation Award” for Outstanding Achievements in the Performing Arts and Allentown Arts Council’s “Lifetime Achievement Award.” Freedom High School honored Demkee as the first faculty member to be named to the school’s “Circle of Excellence,” and Whitehall High School named Demkee the school’s first alumnus to be enshrined on the school’s “Wall of Fame for the Arts.” He is an inductee to the “National High School Band Directors’ Hall of Fame” and has been a member of the prestigious American Bandmasters Association since 1986. He received an Honorary Doctor of Music Degree from Muhlenberg College in 1991. Recently, his Alma Mater presented Demkee with the West Chester University 2018 Distinguished Alumni Award.

Demkee taught music at Bethlehem’s Freedom High School from 1967, when the school opened, until 1997, where he founded the school’s Patriot Band and Orchestra and served as Chair of the Fine Arts Department. He has also taught in the music departments at both Muhlenberg and Moravian Colleges. He has performed in the Brass Choir for the Annual Bach Festival in Bethlehem since 1968 and has conducted pit orchestras for numerous Muhlenberg Summer Theater productions. After thirty years, he retired as Personnel Manager of the ASO, but continues as Associate Conductor, Pops Conductor and Principal Tuba of the Allentown Symphony Orchestra.