Allentown, PA, November 5, 2020 – The Allentown Symphony Orchestra has announced an innovative three-concert, multi-year series:  The Allentown Symphony Orchestra’s New Music Series (Chamber Music).  Curated by the Symphony’s first Composer in Residence, Chris Rogerson, performances will begin in April 2021 and will be supported by a regional call for scores based on the three unique themes and instrumentation of the concerts: Music & Poetry (April 2021), Arts & Visuals (Fall 2021) and Food & Flavors (Spring 2022). Deadline for score submission for Music & Poetry is December 11, 2021. For detailed information on the New Music Series visit MillerSymphonyHall.org.

Music Director Diane Wittry commented, “We are thrilled that Chris Rogerson has joined us this year as the very first Composer in Residence for the Allentown Symphony.  His compositions have been performed by orchestras and chamber music groups throughout the United States. Chris is currently on the faculty of the Curtis Institute of Music in Philadelphia.  As part of his responsibilities as Composer in Residence, he will be meeting with area composition students at local high schools, colleges, and Universities, as well as adult composers throughout the region.”

“One of the Chris’s first projects with the Allentown Symphony is a call for scores in conjunction with our New Music chamber concert series,” Wittry added.  “We’re extremely excited about each of the concerts Chris will be curating, the first, Music & Poetry, which will take place in April 2021.  This is a tremendous opportunity to feature works from many of the talented composers in the area.  Chris has developed a similar concert series in New York and brings a wealth of knowledge and experience to this new venture.” 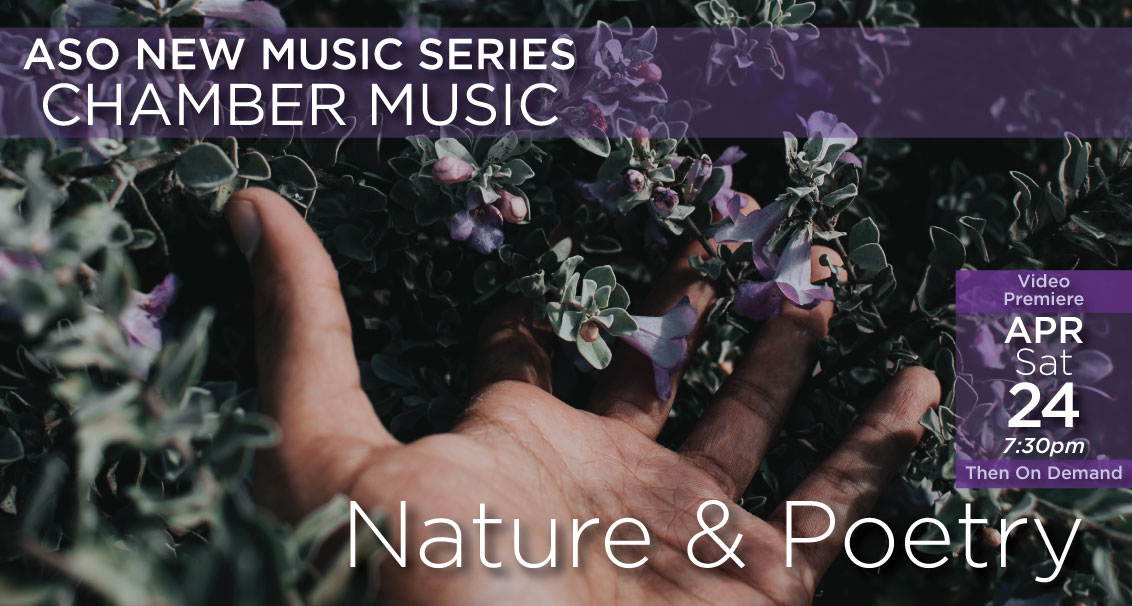 ABOUT THE ALLENTOWN SYMPHONY COMPOSER IN RESIDENCE PROGRAM

The Composer in Residence Program is a multifaceted two-year project beginning with the Allentown Symphony's 2020-2021 season and continuing through 2021-2022. It includes performances and education and outreach components. A committee of composers from the Lehigh Valley, community partners, and schools worked with Music Director Diane Wittry on the selection. The process included the broader community with an open-to-the-public presentation by the finalists.

Currently in planning are the following activities surrounding the Composer in Residence Program:

New Music Series
The Composer in Residence will curate three New Music chamber concert events to be held at Miller Symphony Hall. These concerts will include music of local composition faculty members, university students, and high school students, as well as other music by leading new composers from the region.

Compositions
The ASO has commissioned the Composer in Residence to write three pieces over the course of the two-year residency.  The first new work will be a piece written for the 70th Anniversary of the Allentown Symphony Orchestra. The second will be written for and with help and input from students of the Allentown Symphony Association's major educational initiative, El Sistema Lehigh Valley. The third piece will be for orchestra and/or chorus and will premiere at the end of the 2021-2022 ASO season.

Online Composer Workshop July 2020
The ASA presented a 3-day online composer's workshop in late July 2020 led by Chris Rogerson and involving composition faculty from area schools and special guests from throughout the USA. This workshop focused on writing music for film, television, and video games, as well as sessions in orchestration, music notation, music analysis, and career guidance.  Participating composers had the opportunity to share their current compositions with peers in the region.

Community Engagement
The Composer in Residence will hold talks and community engagement events at various levels –meeting with composing faculty and students at local universities, giving talks at participating high schools in the Lehigh Valley and working with middle and high school students from El Sistema Lehigh Valley. The Composer in Residence will continue to work with all composition students throughout the area during the two years, culminating with an informal performance of the student's compositions.

The ASO Composer in Residence program is made possible by a generous grant from The Presser Foundation and support from Daniel and Diane Zirin.

ABOUT CHRIS ROGERSON
Hailed as a “confident new musical voice” (The New York Times), a “big discovery” (The Philadelphia Inquirer), and a “fully-grown composing talent” (The Washington Post), Chris Rogerson’s music has been praised for its “virtuosic exuberance” and “haunting beauty” (The New York Times). His work has been performed by orchestras across the United States, including the San Francisco Symphony, Atlanta Symphony, Houston Symphony, Kansas City Symphony, and Orchestra of St. Luke’s, as well as esteemed artists such as Yo-Yo Ma, Anthony McGill, Ida Kavafian, Anne-Marie McDermott, and David Shifrin. Rogerson has also collaborated with the Attacca, Brentano, Dover, Escher, Jasper, and JACK Quartets, as well as with distinguished members of the Guarneri and Orion Quartets. His music has been heard at Carnegie Hall, Alice Tully Hall, the Library of Congress, the Kennedy Center, Wigmore Hall in London, Chicago’s Symphony Hall, the Rudolfinum in Prague, and Radio France.

Mr. Rogerson’s busy 2019-2020 season includes new works commissioned from the Bravo! Vail Festival (for Anne-Marie McDermott and the Dover Quartet), the Wolf Trap Foundation for the Performing Arts (for violinists Paul Huang, Danbi Um, and pianist Orion Weiss), a new brass fanfare for the Amarillo Symphony, and a new work for violinist Elena Urioste. In addition, brothers Demarre McGill and Anthony McGill tour his work A Fish Will Rise with pianist Michael McHale, and the Wichita Symphony, Bozeman Symphony, Symphony New Hampshire, and Pacific Youth Symphony perform orchestral works. His work will be performed at several notable venues this season, such as the Musikverein in Vienna, New York’s 92nd Street Y, and Smetana Hall in Prague.

From 2014-2017, Mr. Rogerson held the post of Composer in Residence with the Amarillo Symphony; during this productive residency, he completed The Way Through, a ten-minute work for orchestra, a clarinet concerto for Anthony McGill, and Ancient Souls, a twenty-minute tone poem, in addition to having several existing works performed. He continues to serve as Artistic Advisor for the orchestra. In 2017-2018, he served as the Composer in Residence for the Lake George Music Festival and Guest Composer-Curator with the Pensacola Symphony. Other recent commissions have come from the Buffalo Philharmonic, Chicago Sinfonietta, and New World Symphony, and his works have been performed in recent seasons by the New Jersey, Milwaukee, Grand Rapids, and Charlotte symphony orchestras.

Born in 1988, Mr. Rogerson studied at the Curtis Institute of Music, Yale School of Music, and Princeton University with Jennifer Higdon, Aaron Jay Kernis, Martin Bresnick, and Steve Mackey. He is represented by Young Concert Artists, Inc. and served as YCA Composer in Residence from 2010-2012. He also is one of two composers on the roster of Manhattan Chamber Players. In 2012, he co-founded Kettle Corn New Music, a new music presenting organization in New York City, and currently serves as its co-artistic director. In 2016, he joined the Musical Studies Faculty at the Curtis Institute of Music in Philadelphia, where he lives full-time.

Music Director Diane Wittry, now in her 26th Season, is known for her innovative programming style, using video, dancers, subtitles, and other visuals that give her concerts a sense of occasion.  She has been a stellar advocate for music education outreach for all ages and skill levels.  Lehigh Valley native Ronald Demkee is the Allentown Symphony Associate/Pops Conductor.  The two previous Allentown Symphony Music Directors were Donald Voorhees, the distinguished conductor of the studio orchestra for NBC’s Emmy-award-winning “The Bell Telephone Hour,” and William Smith, Assistant Conductor to the Philadelphia Orchestra under Eugene Ormandy.

The Allentown Symphony has received music commissioning grants from the National Endowment of the Arts, and from the League of American Orchestras in support of its El Sistema-inspired program for at-risk youth.  The Allentown Symphony Association also hosts the biennial National Schadt String Competition which attracts top young performers from all over the world.

As it has for the last 70 years, the Allentown Symphony continues its pursuit of excellence with passion, keeping alive the legacy of masterworks while bringing the works of modern masters to the concert stage for the entire community.